How to harmonize company culture after an acquisition

With mergers and acquisitions, what starts as a legal and financial transaction quickly becomes a company cultural exercise. How do you turn previously separate organizations into one coherent entity that has shared goals, values, and ways of working?

Our case company leveraged Howspace, a digital facilitation platform, to conduct a values project involving nearly 5,000 employees in 6 countries – over a period of 3 weeks.

The management of our case company had a very typical challenge: The company had bought up smaller companies and was now living a ‘post-merger era’ as a new entity. Out of the many management priorities in this situation, two had come on top:

The leadership team invited all employees to consider the company’s core values together.

Scaling up the discussion effort with ‘think tutors’

Our case company wanted the values exercise to involve the entire personnel, yet they specifically didn’t want the project to mushroom into a monster that would eat up evryone time and bandwidth for months.

Hence, they decided to take a very organized approach: They thought out the process and carried it out in structured fashion with Howspace. Importantly, they also decided to train 40 internal “think tutors” that would facilitate the sharing of thoughts and ideas in different parts of the organization.

The values process was conducted in two dimensions: One was the customer, while the other dimension was the own organization.

What followed was an intensive “thinkifying” process that kicked off with the management team members having joint discussions and reflections on the company direction over video. The important thing here was not to position these videos as dictating rigid facts in a top-down fashion, but to rather present natural and inviting management discussions that would engage the employees to also share their thoughts.

The think tutors subsequently involved different parts of the organization to continue and expand on the topics laid out by management. The tutors were trained to ask provocative questions and contextualize the discussions that followed.

This was done over three weeks, in six different countries and in several languages. The “thinkifying process” was conducted in conjunction with normal team meetings as much as possible, so as not to shake up people’s normal work routines too much.

Think tutors were trained to ask provocative questions and contextualize the discussions that followed.

For the think tutors, the task was to not only structure the discussions, but to also sense the nuances of people’s sentiments and sometimes guide the ways of putting things in words. In change projects, these subtle undercurrents of the company culture are often less talked about: How does the organization talk about itself and its customers, what are the wordings used, and what are the things that are maybe not worded at all.

Howspace, through the power of AI, provides great support for this type of discussion analysis, making it possible to quickly see for instance which words are being used frequently in a specific country organization.

The values project was obviously a very intensive one, involving such a large number of employees at different locations over a short period of time. Howspace was the concrete nodal point of the effort; it helped maintain clear structure of the project, collect all documentation in one place, and share the many types of content easily among the participants over desktop and mobile devices.

Howspace helped maintain clear structure of the project, collect all documentation in one place, and share the many types of content easily among the participants over desktop and mobile devices.

The case company management was very satisfied with the results, and felt that intensity served its purpose well. The shared assessment after the project was that the resulting values were not just another set of bold words on the office wall. Rather, they had been thought through together, and the employees could genuinely commit to them in their everyday work both with customers and with each other.

For more organizational development tips to help you manage complex change initiatives, download our free eBook: How to Effectively Implement Organizational Change in a Digital Environment. 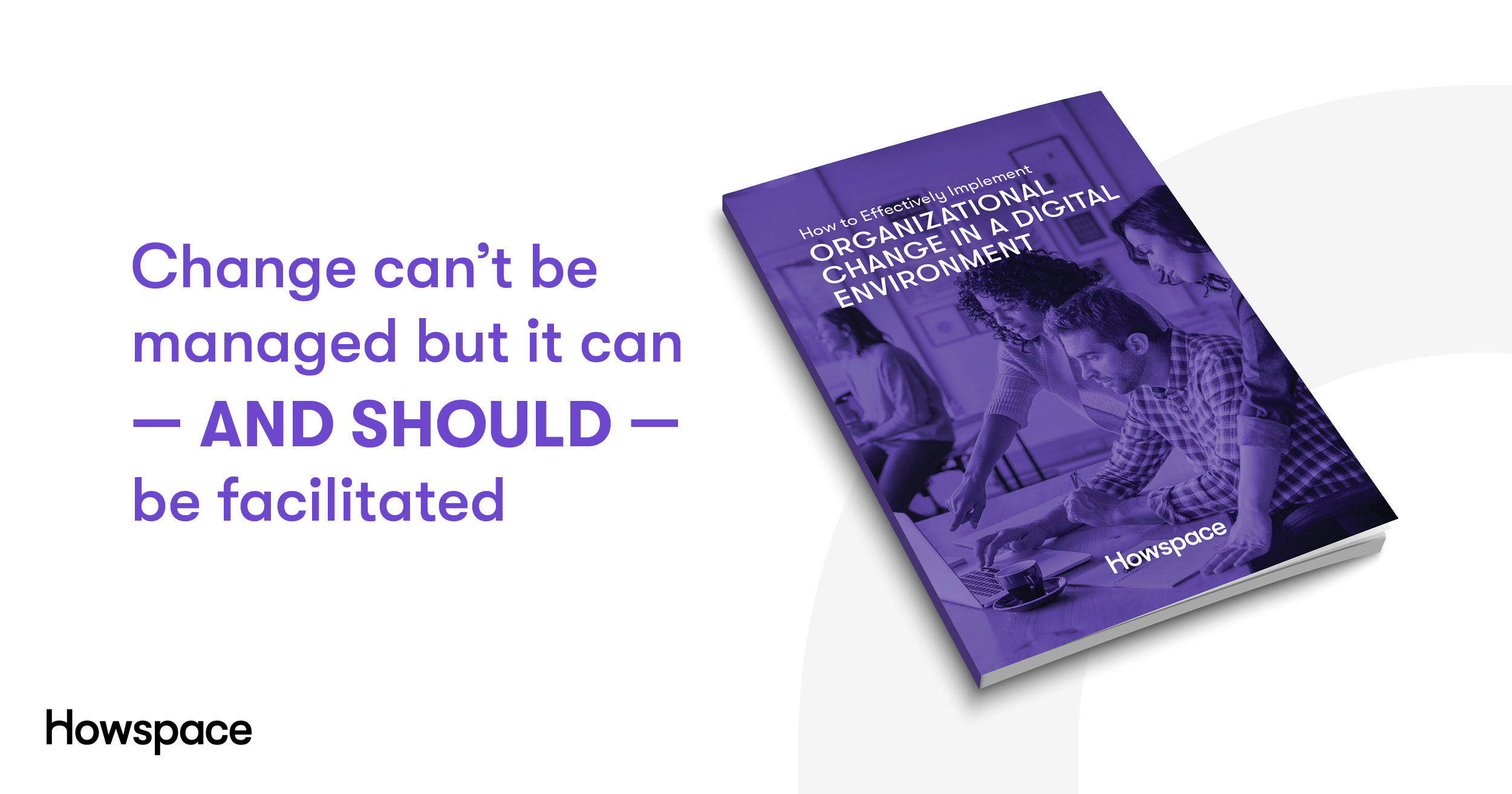